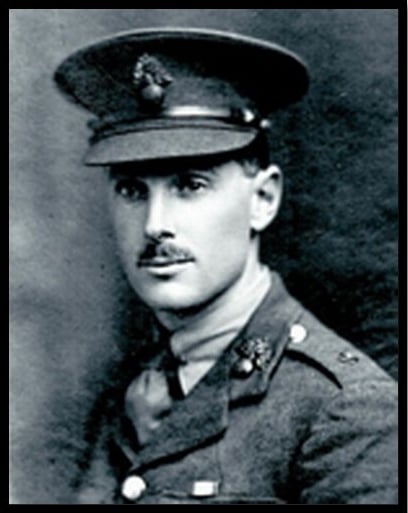 For many the Battle of the Somme is known for a single date, 1st July 1916 – and with good reason, it was quite simply the most costly day in the modern history of the British Army, with more than 19,000 men making the ultimate sacrifice on that day alone. What is often less acknowledged, is that the Battle of the Somme lasted 141 days, and comprised many individual actions, often fought over the same ground which had been the scene of bitter fighting in the days and weeks before. Amongst the hundreds of thousands of men to fight on the Somme in 1916 who did not go ‘over the top’ on 1st July 1916, was Coventry born Lance-Corporal Roland Mountfort. The son of a bank manager in the city, Roland wrote to his mother in the days after the infamous 1st July, detailing the scene he met when advancing over recently captured ground near the village of Contalmaison.

We set off at 8pm and went for two or three miles up a fairly good road, through a wood, and emerged into the open country which had been devastated by the advance. There was little to be seen at first, but a mile further on, where trench after trench had been the scene of a conflict it was a wonderful spectacle. We didn't see it that night, for it was dark by then, but we became familiar enough with it later.

More pleasant to behold is the stuff left by the Germans. In their old trenches you can get any mortal thing you fancy as a souvenir, from a sniper's rifle or a grey blanket, to a Prussian helmet or a clip of dum-dum cartridges. If you like you can have the battery that supplied the electric light for a dug out; or the notice board from the one with all the bottles outside, marked "Lager Vorwalker", or the special cardboard case used for carrying explosive bullets.

After I had seen dead bodies lying on all sides in the weird attitudes of sudden death, souvenirs seemed a bit paltry. ¹ ²

Roland was wounded shortly after writing this letter, he was evacuated to England and fortunate survived the Great War. Like so many others, his real wounds were invisible, and he struggled with PTSD for many years after the guns had fallen silent.