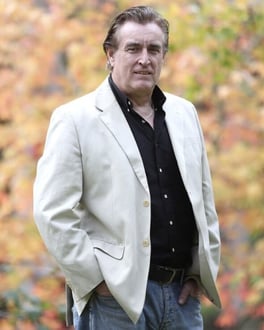 I was a leading seaman clearance diver with the Royal Navy based at HMS Vernon in Portsmouth. Me and my colleagues served during the Falklands campaign as part of a task force called Operation Blackleg.

As part of this operation, I was in a dive team that recovered sensitive NATO and UK documents from the HMS Coventry after it was sunk by the Argentines. The HMS Coventry salvage operation was one of the most challenging saturation and salvage dives ever carried out by Clearance Divers of the Royal Navy. At Remembrance time I pause for a moment of quiet reflection to pay respect to those men of HMS Coventry whose graves rest on the seabed fourteen miles north of Pebble Island (Falklands).